Paul is one of the country’s leading experts on cardiovascular programming and metabolic assessments. He owned and operated two fitness centers in Vermont before moving to Arizona to work for Q the Sports Club as an Area Fitness Director in 1995.  It was there he began to develop cardiovascular programs using the first portable metabolic analyzer at the fitness center level, the same unit that was used by NASA in their shuttles.  Paul became a metabolic specialist by working with some of the world’s largest metabolic companies, such as SensorMedics, Cortex of Germany, Aerosport, Korr Medical Technologies and Medical Graphics Corporation.

Currently is the Director of Elite Performance for STATS LLC. Program analysis and design based on live data tracking systems for professional teams. Currently working with all NBA teams and developing new models for NFL, USTA and college sports.  Started by developing performance metrics from game data in European soccer.

• Their clients include thousands of professional athletes from the NBA, NFL, NHL, MLB and MLS.  Paul has worked with and has developed his programs with professional and national teams, as well as working directly with the athletes to develop sport-specific cardio training programs.
• Consulted for Intel and Google in the corporate market.
• Worked extensively with Adidas to develop the MiCoach®
• Oversee VO2 testing for professional teams and corporate fitness
• NHL team testing (Coyotes preseason testing 1999- 2010, Ducks preseason testing 2004-2010)
• Not only runs VO2 units but has designed testing units, protocols and workout progression based on the data.
• Design software cardio software – Periodization

Is the cardio specialist for NASM and is a contributing writer for three NASM textbooks.  In addition, he:

Is the creator of the 30/30 Interval Training ProgramTM and HR monitor. The 30/30 programs are used by elite athletes and military personnel, as well as by the general fitness population.

Has worked with the military and fire departments for many years doing testing and program design.

Highly sought-after presenter for most major health & fitness conferences in the US.
• International education in Poland, Germany and Holland.
• Individual workshops and training programs for many of the leading health club chains.
• AB, CI and regional IHRSA shows.
• ACSM, NSCA and World Spin and Sport Conference.

Published research articles on metabolic testing and cardio programming as well as written articles for and has been quoted in numerous publications and TV, including ESPN, Sport Ill, Fitness Management, Shape magazine and PTonthenet.com.
Paul received his bachelor’s degree in physical education, with an emphasis in exercise science, from the State University of New York, Cortland. He has a master’s in exercise physiology from California University of Pennsylvania. 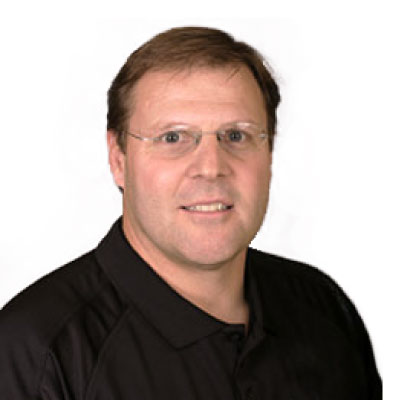